Aside from being vastly emotionally communicative and soul-baring, simply taking a moment to examine someone’s unique eye color can be so compelling, as no two hues are exactly the same. Perhaps you’re someone who’s especially attracted to lighter eye colors like blue or green, or you find yourself on the other side of the spectrum being entranced by darker chocolate or amber colorings.

Have you ever wondered why certain eye colors are so beautifully alluring? We decided to ask a psychologist and dig into some research to find out.

1-800-Contacts recently conducted a survey of 1,000 people in order to figure out people’s perceptions of eye color and what these different color preferences can reveal about us. One of the study’s main findings was that gray eyes are both the rarest and the statistically most attractive eye color, with hazel and green following closely behind. Conversely, brown eyes are the most common color yet the least attractive to the survey’s respondents.

According to World Atlas, approximately 79% of the world’s population has brown eyes, making it the most common eye color in the world. After brown comes the blue-eyed crowd, with 8% to 10% of the world having blue eyes, 5% having amber or hazel eyes, and 2% of the world having green eyes. Statistically speaking, the rarest eye colors are gray and red/violet, and this novelty could be the reason gray eyes ranked as the most popular color among survey participants.

“It makes sense that the rarer colors tend to be more captivating,” clinical psychologist Carla Marie Manly, Ph.D., explains in an interview with mbg. “Rooted in primitive survival mechanisms, the human mind—and the human eye—tends to notice that which is different and unique.”

According to Manly, this tendency came from the need to notice that which was “different” in the environment in order to ascertain if the novel item or experience was safe or unsafe. Throughout evolution, she says, we’ve retained this interest in that which is novel. And though in some cases that which is novel is considered a detriment in others—such as a different eye color—it can also be considered interesting or attractive.ADVERTISEMENT

What your eye color says about your personality.

Does eye color tell us anything real about a person, though? Well, partially.

Having more melanin, the pigment that creates the darkened hue of brown eyes, has been associated with things like being better at sports and being worse at handling alcohol. Some research shows that people with lighter eye colors, on the other hand, tend to be less agreeable and more competitive.

There’s also a lot to be said about what we associate with specific eye colors. A peer-reviewed study published in the journal PLOS ONE found we subconsciously assume people with brown eyes are more trustworthy. That said, the researchers found this wasn’t necessarily due to the eye color itself but rather the facial structure accompanying brown-eyed people. These researchers posit that the rounder and softer features of brown-eyed individuals make their faces appear more babylike and, thus, more innocent or trustworthy. Tangentially, the researchers suggest that the sometimes longer and more angular features of people with blue eyes strip them of this quality. As a counterpoint, though, a separate study found brown eyes to be associated with dominance.

Despite gray eyes being rated as the most attractive, 47.6% of the survey respondents revealed they would still choose to have blue eyes if given a choice. Manly explains that this might be because cultural influences also have an effect on that which we desire (whether that be eye color, hair color, or body shape).

“Our culture often idolizes a ‘blond-haired, blue-eyed’ person; this has been emphasized in movies and the media for decades,” she tells mbg. “As such, the ‘fun’ and ‘sexy’ aspects attributed to a blue-eyed person are certainly a result of the heavy media influences.”

Thus, when it comes to eye color, Manly explains that it’s important to factor in how humans are—from childhood forward—exposed to the likes of Cinderella, Snow White, Barbie, TV, and movie personalities who tend to play out the fantasy that blue-eyed people are “fun” and “adventurous” whereas a person with steely-gray eyes or brown eyes might be typecast as the serious, sensible—yet kind—individual.

“We are, as a society, very much influenced by the media,” says Manly. “Yes, we certainly may have an innate personal preference, yet much of what we are attracted to is based upon a long history (from birth forward) of what is [socially] deemed attractive.”

The role of “sexual imprinting.”

So how much weight do people actually put on eye color when it comes to judging a potential partner’s attractiveness? Some research cites an unexpected link between the eye color of one’s partner and that person’s parents. In one 2017 study, researchers found both gay men and straight women were twice as likely to have a romantic partner with an eye color close to that of their father’s. Conversely, gay women and straight men were 2.5 times more likely to have a partner with similar eyes to their mother’s. The researchers speculated that this might be because as children, we “imprint” on the parent whose gender we’re attracted to. This is both an interesting and admittedly slightly creepy subconscious predilection to keep in mind when analyzing why you’re drawn to one person’s eyes over another.

All these factors—rarity, cultural ideals, and sexual imprinting—probably play individual roles in determining which eye color a person is most drawn to. For most people, eye color will in no way be a deal-breaker in choosing one lover over another, but the next time you lose your train of thought because you’re captivated by your partner’s oceanic blue eyes, you can blame Cinderella—or maybe your dad.

Inform your customers and ask for their cooperation in complying with hygieneregulations.Take care of yourself and stay healthy! For more information please contact us: by calling +385 1 2409209 or e-mail to concept-s@zg.t-com.hr or ksenija@concept-s.hr! optometry-today.com/… 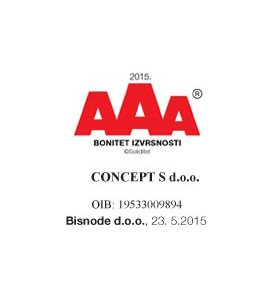